Leftovers for lunch are probably my fave.  Especially leftovers that are still in their original “to-go” tupperware and require no packing to take to work with you.  My lunch today is a large tupperware full of leftover veggies from when Mike & I ordered Asian Fusion on Sunday.  Such an easy lunch…and considering I had zero desire to make anything for lunch…this was ideal.

I’ve also enjoyed another kombucha today and I’m chug-a-lugging along with my water.

I love my veggies for lunch, except the water chestnuts.  I despise those things so I eat around them.  I don’t think the taste is all that bad because there really isn’t a taste…so I guess it’s the texture.  I enjoy the rest, though!  Broccoli, green beans, carrots, mushrooms, onions, and zucchini.

That’s my little lunch-time check in!  What about y’all…do you like water chestnuts?  What food can you not stand?

Leftovers for lunch…likey or no likey?  I like them obviously…but Mike won’t eat leftovers.  I swear they sit in our fridge ’til they rot.  He’s convinced it just doesn’t taste as good after…which might be true.  But it’s still edible!  Silly boy.

I decided that today I wanted to try to ride the high I was feeling from my good mood yesterday.  Unfortunately I woke up at 4:30 am coughing up my leftover lung and couldn’t get back to sleep until around 5:30.  Because of that, I woke up a little later than usual and it was super hard to get up (but that really isn’t any different)

So, of course, I needed some coffee with my breakfast.  Coffee, Honey Bunches of Oats, and a peanut butter and honey sandwich.

This kept me pretty full for a while…and then finally around 11 I had an apple and a protein shake at work.

vanilla whey with water and a purevia packet

During lunch I made a trip to the grocery store…it was a long list of items I had to get.

Finally I got to eat lunch!

I had one of the Healthy Choice Steam-able lunches called the Chicken Fresca and a cinnamon raisin bagel thin with cream cheese.  (I had to get the bagel thins because of how much Julie loves them!)

Also, I got to go on an afternoon run.  It was a cold, windy run.  And I ran faster than I have in a while (since being sick and the holidays)….I kept about an 8:15 minute mile for 3 miles which was a challenge in the cold with a sinus infection!

It was a rather cold snack and I was still freezing from running outside and also sweaty at this point…so a shower was a must.  I had to warm up!

And since I didn’t have enough bread & butter that go round I went ahead and had a multigrain english muffin with yet more Country Crock. 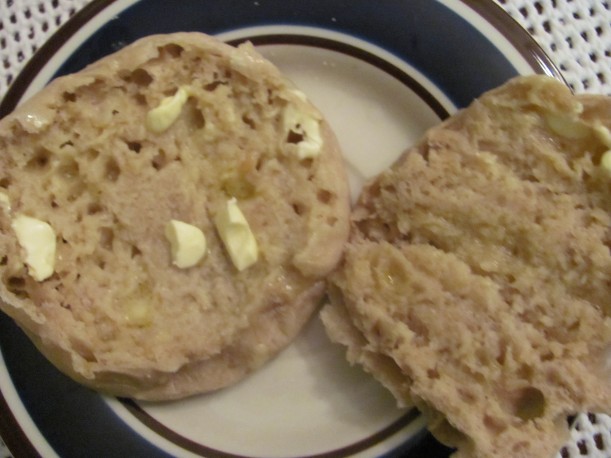 Also had another weight watchers ice cream bar for dessert but no pic.  So that’s all for now!  I’m pretty excited for Real Housewives of Beverly Hills tonight…its the one where Camille Grammer hears that her husband wants a divorce.  I’m not saying I’m happy she got a divorce because that would be just plain mean….but homegirl is PSYCHO.  And I always liked the show Frasier.  So I’m TEAM KELSEY.

Have a good night…tomorrow is FRIDAY! Yay!

Also, if you are looking to get some cute designer jeans…Skinny Runner is selling some over on her blog, you can check them out here 🙂

Promote Your Page Too